Here we look at how we can best engage with Generation Z, ensuring our marketing efforts hits the spot 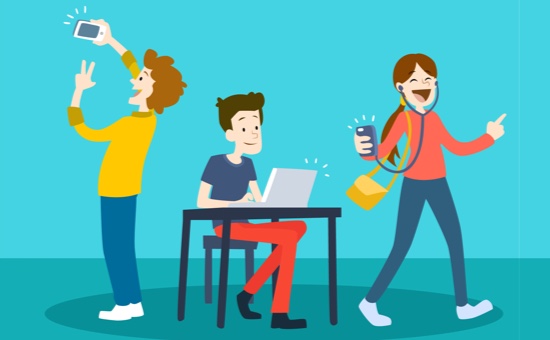 Often referred to as the "Internet Generation" or the "iGeneration", Generation Z is the name most commonly given to the post-millennial demographic; those born between the mid-1990s and the mid-2000s.

Understanding how to effectively engage Generation Z will be the key to future marketing success. By 2020, this demographic will account for almost half (approximately 40 percent) of all consumers.

By the time they are 15-years-old, the average Gen-Zer will have seen more than 200,000 individual marketing messages. As a direct consequence, this generation has collectively developed a uniquely decisive and remarkably efficient filter. The result is a no-nonsense audience which is new for marketers and requires the development of strategies which permeate the filter to ensure future marketing success.

Consistently remaining both relatable and authentic is crucial. For Generation Z, acronyms such as 'OMG' and 'LOL' are dated, with content utilising them to appear 'trendy' achieving little more than communicating an unappealing presence of inauthenticity. Instead, focusing on identifying trends which are on the verge of going viral and utilising those as a springboard to the successful formation of creative engagement strategies will deliver more effective results.

Talk to your audience on a personal level. The days of placing an advertisement and hoping for the best are gone. Now is the time for conversation and genuine interaction, but don't forget to keep things succinct as Gen-Zers aren't as willing as Millennials to pause to read longer content. This might mean employing gifs or other visuals to convey meaning without words because, sometimes, an Obama mic drop gif is all that's needed.

It should be unsurprising to learn, from a generation who have grown up with social media, that almost half of Gen-Zers state that their happiness is directly impacted by events which occur in the digital social sphere. Identifying ways to make Generation Z feel valued and part of a positive movement should form a key element of every digital strategy, especially if the creation of a loyal community is high on your agenda.

Look at DJ Khaled's widely praised Snapchat stories. His positive and motivational outlook has contributed to the establishment of a loyal and engaged community of viewers, so it is no surprise that big brands are flocking to partner with him. We're not saying you need to partner with DJ Khaled to secure social success, but there are things to be learned from his approach.

Contribute to a Better World

Growing up with conflict, terrorism and a global recession has resulted in a generation concerned about the future, but simultaneously equipped to take positive action to make the world a better place. 80 percent of Gen-Zers frequently choose to purchase from brands who are contributing something positive to local communities or making more environmentally friendly choices. Members of this generation not only expect brands to be positive influences, but they are also seeking the overt demonstration of socially responsible credentials.

Creating engaging content which speaks to a specific audience isn't easy, especially when the successful engagement of that audience demands the development of new methods of communication.

Contact us today to find out how we can help you to forge and maintain lifelong connections with the next generation of powerful consumers.