Here we look at everything you need to know about Google's mobile-first indexing, to ensure your website rankings are tip-top 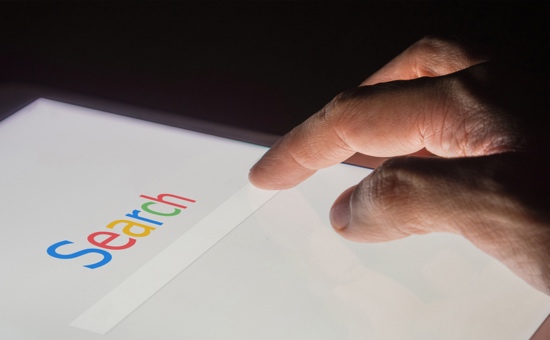 It may have been more than a year in the making but Google has finally rolled out its much-anticipated mobile-first indexing. Here's everything you need to know about the search giant's new functionality.

OK, let's slow things down for a second. What exactly is mobile-first indexing?

Mobile-first indexing does exactly what it says on the tin. It is simply an indexing system whereby Google predominantly looks at a website's mobile content when conducting its crawling, indexing, and ranking processes.

Most Google users conduct searches using a smartphone, so it makes sense that it should now opt to prioritise content seen by mobile users. In short, Google is on a mission to keep pace with user behaviour trends, ensuring it continues to deliver positive experiences that encourage users to return time and again. Makes sense, right?

Google has NOT adopted a multi-index approach

Well, there's a reason why it's called mobile-first and not mobile-only. Google remains committed to maintaining a single index and we cannot overstate the fact that mobile-first is absolutely not an entirely separate entity. The mobile version of your site will now be considered the primary version and if you don't have one, you should probably take this as a bit of a hint from Google that it does really, really, really want you to have one. And there are lots of benefits to having one, so we recommend it too.

Although an undeniably significant and important development to search indexing, the reality is that most websites simply won't be affected.

Websites with responsive designs already deliver the same content to its mobile and desktop users, which is essentially what mobile-first has been designed to do. Other unaffected sites include canonical AMP pages and those that just don't have a mobile version at all. Although Google will continue to crawl desktop sites without issue, as we noted earlier, it does still definitely want you to have a mobile version. Really.

Sites with separate URLs for mobile and desktop users will be affected, as will websites that dynamically serve content to users based on the device they are using. Affected sites absolutely must adhere to Google's best practices.

Dynamic serving and separate URL websites should take great care to ensure that:

Think of this as being entirely non-negotiable and act now, if you haven't already.

You'll probably see the Smartphone Googlebot more frequently. Now is an excellent time to double check that your site has the capacity to cope with higher crawl traffic and that robots.txt directives are mobile site appropriate. And if you want to give the Googlebot a little wave whenever you do see it, we won't judge.

The mobile-first approach only alters the way Google indexes content and it absolutely doesn't change the way it ranks pages. Google does however evaluate all content in its index in terms of how mobile-friendly it is. Did we mention that Google really wants you to have a mobile site?

If you've got any questions or would just like to have a general chat about mobile-first indexing, don't hesitate to give us a call.