Everything you need to know about IGTV

Instagram TV (IGTV) is the new kid on the block - but how is it different and be of value to your business? 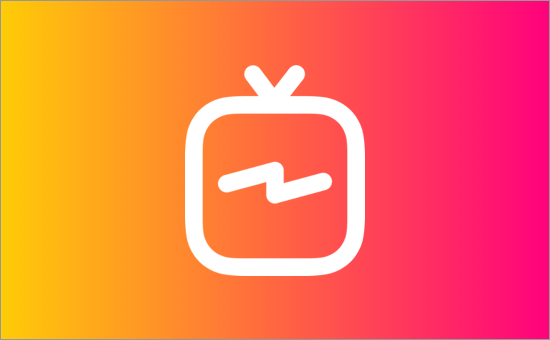 At the same time as announcing that the global Instagram community is now sitting at a cool one billion users, the social giant officially launched its newest feature: IGTV.

Firstly, reaching one billion users in eight years is phenomenally impressive and should be the only stat you need to finally think about creating your own Instagram presence if you don't already have one. For comparison, YouTube has 1.9 billion users but it's also five years older! But that's not what we're here to talk about. So, without further ado, let's delve a little deeper into what the deal with Instagram TV (IGTV) is.

Essentially IGTV is the latest app on the scene that allows users to watch and engage with long-form vertical video content. Although there is a standalone IGTV app, the same content is also available directly through the existing Instagram app.

Opening the IGTV app or tapping on the (very cute) IGTV icon within Instagram immediately throws up content posted by those who users are already following as well as recommended content and content from popular/trending channels.

If your Internet connection is a bit patchy or the app is taking its time to search for relevant content, you will see a surprisingly visually pleasing static screen reminiscent of the not-so-long-ago days of analogue TV. Feeling old? Us too.

How is IGTV Different?

Instagram is no stranger to video content. Users have been able to post video clips that are up to a minute in length to their feeds and 15 second clips to their Stories for some time, but with IGTV users can now post videos that are up to an hour long.

What Kind of Content are Publishers Posting on IGTV?

Early IGTV adopters are posting a good mix of livestreamed content, original edited content and repurposed vertical video created for other platforms. So, for example, BuzzFeed is posting daily content featuring everything from original experimental livestreams with someone folding down every page of a Harry Potter book (yes, really!) to repurposed content to which users have responded well elsewhere.

Although there is a one hour time allowance, the most watched IGTV videos are currently sitting between 10 and 30 minutes.

The Potential of IGTV

Publishers are currently adopting a somewhat cautious mentality, which is a good position to maintain when a new feature has literally just launched. Although many IGTV videos from large publishers are securing five-digit viewing figures, there is really no telling whether audiences will continue watching once the launch buzz has dissipated.

There is always a risk that IGTV will become a bit of a dumping ground if publishers fail to create valuable and/or entertaining vertical video content that is informed by the viewing habits of their audience and instead publish lazy content that audiences might only have a passing interest in.

The potential to tell stories in the way they were meant to be told, with no breaks or awkward segmentations, is ultimately what makes IGTV so exciting and it feels intuitive and authentic to the modern mobile experience. Whether audiences actually want to consume long-form content in this way remains to be seen. So, watch this space!

If you'd like to figure out whether IGTV is the right platform for you, why not give us a call.