The Rise of the Micro-Influencer

What is influencer marketing and is it a good fit for your brand? 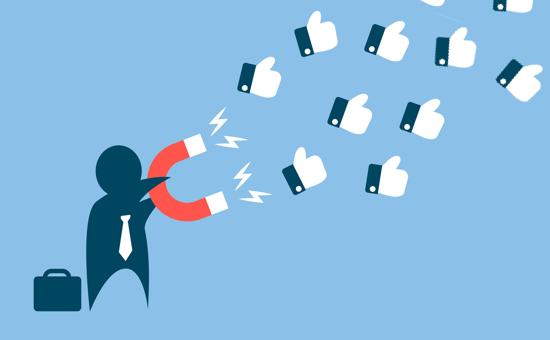 2017 was the year in which influencer marketing officially evolved into a billion-dollar industry and it could be set to more than double before 2018 has even begun to draw to a close. With numbers like that flying around, it's no wonder that so many brands and businesses are demonstrating a tendency to dive head first into this impressive marketing channel. However, before you get too carried away, it's important to note that influencer marketing is far from a risk-free pursuit.

Celebrities have been lending their faces to products and marketing campaigns for a very long time, with big brands clamouring to lure the most popular famous figures to front their campaigns. The best partnerships have been staggeringly successful. The union between Michael Jordan and Nike in the late 1980s, for example, led to Air Jordans becoming the world's most purchased shoes - an impressive slam dunk achievement for Nike. The atmosphere in that post-campaign boardroom must have been pretty special but things are, of course, a bit different now.

Since it arrived on the scene, social media has been shaking things up and all we've got to say is; ignore its impact on influencer marketing at your peril! While the pre-social media influencer mentality was firmly geared towards signing the celeb with the largest audience, reach doesn't automatically equal value in digital.

Do you remember THAT Scott Disick incident when he accidentally copied and pasted a pre-written Instagram caption along with the instructions telling him what to write and exactly when to post? Cringe! That's a textbook example of what to avoid at all costs. It was such a perfect example of how not to do it that it's hard to believe it really happened. But it did and it demonstrates why audiences are right to sometimes be sceptical of what they're being told.

The process of trying to benefit from trust and authenticity is, unsurprisingly, really complex.

The Power of Micro-Influencers

The parameters for exactly what constitutes a micro-influencer seem to change faster than Brexit numbers. It once covered all influencers with fewer than 100,000 followers but, as social media audiences have grown, the term is now perhaps most suited to those with audiences of between five and ten thousand.

Micro-influencers are important because although they don't have the reach of an internationally recognised celebrity with millions of followers, they are more likely to have an engaged audience who are actually interested and invested in their opinions.

Micro-influencers generally build their communities through having a very specifically defined purpose, interest, or niche. This helps creators and audiences to bond and build a level of loyalty that is really difficult to maintain with big numbers. They're also in a much better position to genuinely interact with their audiences precisely because they are not faced with an insane number of likes and comments that would require a team of full-time employees to keep up with.

If you have decided that influencer marketing is likely to be a good fit for your brand, selecting the RIGHT influencer is more important than words can possibly convey. If you'd like us to hook you up with one or more micro-influencers in your industry, just give us a shout!